Follow me, and Leave the Dead to Bury Their Own Dead

I tried to share a bit from my devotions today at the Bible study but I couldn't seem to get my thoughts out the way I wanted to, so I'm going to write them here in nice, unbabbly format. It's this kind of thing that discourages me from wanting to talk, but I just had a good conversation with Frankie (Franz) that had the opposite effect. I think maybe I just do better in one on one conversations than group stuff...

Anyways, we're not here to talk about my social issues and problems with talking. We're here to talk about Matthew 8! Again! I posted a little blog on the centurion's faith a little while ago when I was going through Matthew, and then Derrick and I decided to go through Matthew in our one on one accountability, so I started over, and this time I was struck by a command Jesus gave.

Since it was supposed to be a vacation, I've tried to look at a trip I took this past weekend in a good light, and now that it's over, this is getting easier and easier, but I was really not happy a lot during the actual trip. That's not to say there weren't good times, including more snow toughness contests with Doug a la our wrestling match (this time in nothing but bathing suits), but that's another story. One big thing I've been complaining about way too much was the lack of privacy. When we weren't out skiiing and snowboarding, I was stuck in a hotel room with no privacy.

Like I said yesterday, my living space consisted of a little cot, so I couldn't get away or get any privacy when I wanted to. I had no closet to do my devotions and writing and thinking in, and it sort of drove me crazy. To make it worse, I had a bad cold and felt sort of feverish the first couple nights, which made it really hard not to be irritable. And the cold didn't help. I lost the inner lining to my jacket, so I really didn't have the most appropriately warm clothes, which made my cold and fever worse. But this doesn't matter a bit. I could have lost a leg in a horrific accident and it wouldn't matter, in terms of what my attitude should be. Being sick is no excuse to act however you want, unless you have like a brain disease or something, I guess. Then again, sometimes I think I have brain damage...Better be careful from here... I smell a rabbit trail but I'm hungry for elephant, so let's keep hunting.

To put the little trials I went through this weekend in perspective, I was doing my devotions in my elevator this morning and strongly convicted by the verses I posted above. Jesus didn't have a place to lay his head at times. He didn't get privacy when he was being flooded by the diseased and injured. Who am I to think I'm better than he? This is part of what it means to be following Jesus and his example, giving up my comfort, my idea of what I want.

One of the disciples wanted to wait to follow Jesus until after he buried his father. According to a commentary I read on the verses, this could mean years of commitment! His father might not have even been dead! He wasn't merely asking to attend his father's funeral, he was asking for permission to put his familial commitments before his service to God.

Our lives as Christians can never be this way.

Jesus and what he asks of us MUST be what comes first in our lives. This weekend I had to give up some very little things, like having my own bedroom and not complaining about my situation, but next time God asks me to give something up and step outside of what I'm comfortable with, it might be a much bigger deal. It could be evangelizing to someone I can't stand, or sharing something personal with a friend, or even something major like giving up my life. Whatever the case, as I said while I was struggling to get all this out this morning, "We have to give up lots."

Geez, no wonder I couldn't get all that out earlier...

I'm not sure how familiar everyone is with this, but every tuesday and thursday some of the peeps that are going to FRCC get together for a "bible study" (Dave always calls it a time to encourage each other about our school day but bible study is easier to pronounce). And at the end, I was struck to thank God for something I have never in my life thanked him for.

From someone who nearly lost a battle with constant sadness, it is striking to me that today I feel nothing but a deep happiness and a contentment about where I am and what I have. Especially since I am still aware of what I lack...from little things, like the fact that I forgot to shave this morning (my bad memory strikes again), to the uncertainty I feel about my future. I guess it's because when it's all in perspective, it doesn't matter. Even what I'm going to do with the next couple years is a little thing compared to the rest of eternity, and God knows every hair on my head and every beat of my heart and every step I take anyhow, so it's not like anything's out of control. It's just out of my control, and that's a good thing.

God is so good to me. All the change in me is His doing completely... 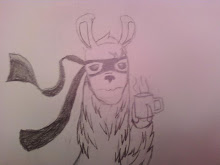